Had a cool time in Krakow last week. While I feel the former Polish capital lacks the grandeur of Prague and the landmarks of Budapest, it certainly has its own charm - the Poles are a friendly, welcoming people (and they speak damned good English too, which always helps!), which makes for a warm, relaxed atmosphere. Another positive point is the fact that Poland is so cheap - a two-course meal for two with drinks in a good restaurant will only set you back about £20 ($33) - so it's a great place to go on a budget.

While we were there, we visited the salt mines at Wieliczka (disappointing) and the most infamous Nazi concentration camp of them all, Auschwitz (harrowing). More on them later. First, some photos of Krakow itself. As usual, apologies if the formatting is a bit uneven... 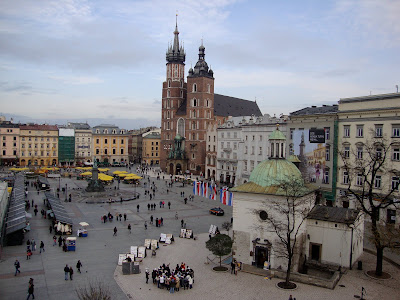 View of Krakow's old medieval square (still the main hub of the city) from our hotel window. We stayed at the excellent Hotel Wentzel, which I highly recommend. 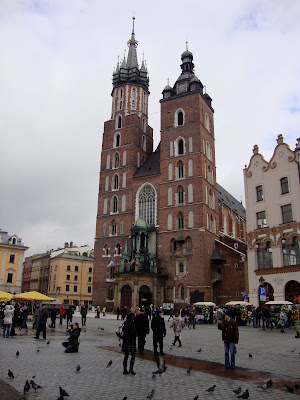 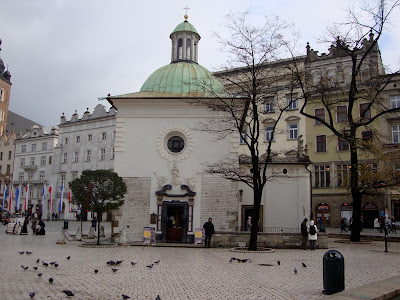 Church of St Adalbert, the smallest church in the city. St Adalbert is said to have preached here before marching off to convert the Prussians in 997. 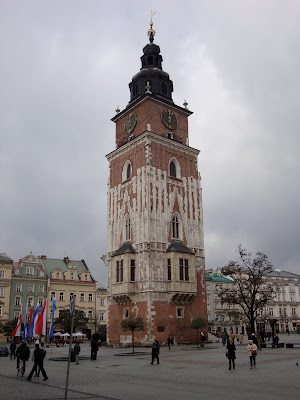 The Market Hall Tower, the only remaining part of the old town hall. 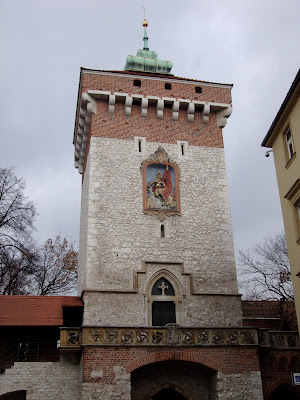 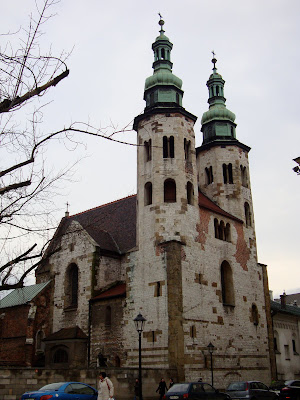 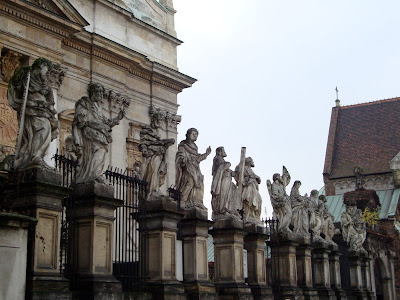 The statures of the Apostles, outside Church of St Peter and St Paul 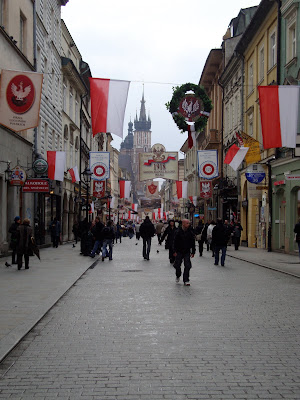 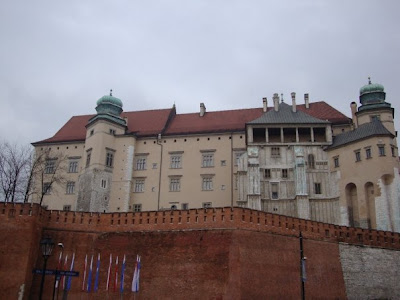 The Royal Castle on Wawel Hill


As I mentioned, we spent one afternoon several hundred feet under ground, in the salt mines at Wieliczka, which are no longer functional and have instead been turned into a museum. To be honest, I found the whole experience rather underwhelming. The highlight though was seeing the impressive salt-carvings, crafted by individual miners a few decades ago. Here's my two favourites. 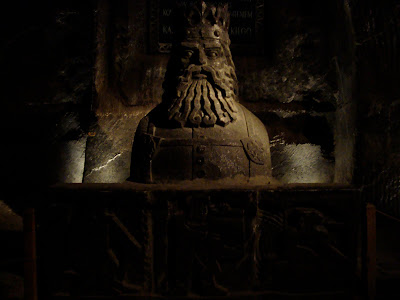 Can't remember this chap's name, but I think he was one of the old kings of Poland. This carving for some reason reminds me of Moria, from LOTR. not sure why, since there's nothing like this in Moria...maybe it's because it's dark and it looks kinda like a dwarf. :) 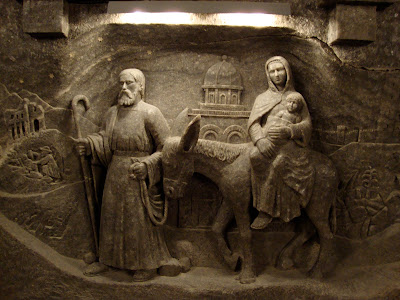 A biblical scene, carved from salt by a single miner.

And now we finally we arrive at the nightmare that is/was Auschwitz. I've thought long and hard about how to describe this place, but words just cannot express how terrible it is. Seriously, even now - a week later - I still find myself getting angry when I think about what happened there. It was such a moving experience - you can't truly appreciate the horror of the holocaust and the pure evil of Nazism until you've experienced Auschwitz. Fortunately, I don't really need words to describe it - I think the pictures are enough. There's no pictures of the piles of shoes, glasses, suitcases, etc, because we were told not to take photos of them (otherwise it would slow the movement of tourists to practically a standstill). However, photos of them can be found on the wikipedia page. 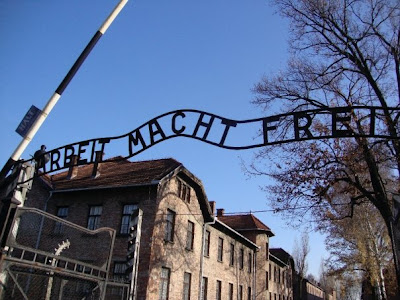 The infamous slogan that looms over the gate of Auschwitz 1 - "Arbeit Macht Frei" - I've seen various different translations, but the general gist is "Work makes you free." Try telling that to the 70,000 people that died here. 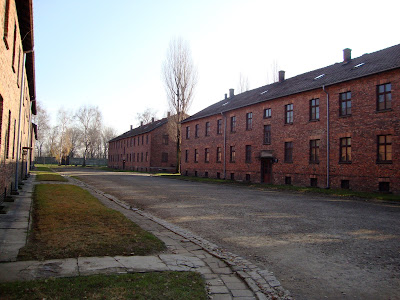 Some of the blocks where prisoners lived (and often died) 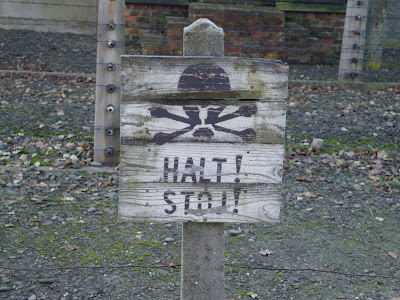 I think the meaning of this is pretty clear, even without the words. Basically, if you stepped beyond this sign you could expect a bullet in your brain (to some prisoners though, this was preferable to other horrors of the camp). 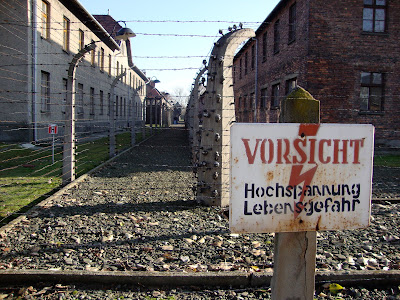 Electric perimeter fence - some inmates threw themselves on it, clearly deciding death by electrocution was better than death by a dozen worse methods (like starvation, for instance). 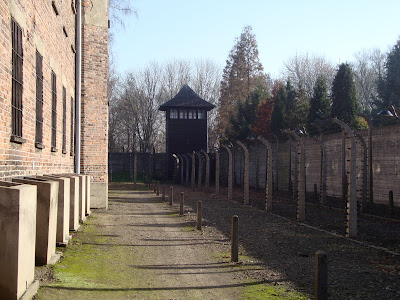 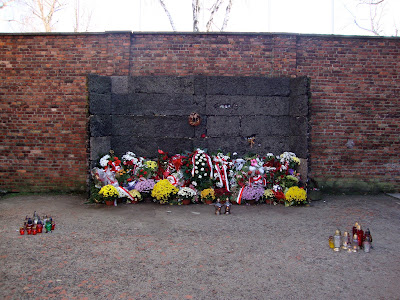 The infamous 'Wall of Death' - a wall between two blocks where inmates were shot by firing squads. 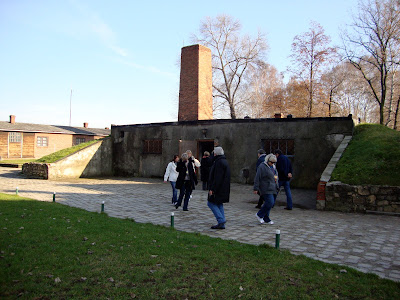 This building doesn't look like much, but it's actually the gas chamber and crematorium which killed and cremated 60,000 people. The inside is an awful place - cold and oppressive, with a tangible presence in the air.
While Auschwitz 1 is a terrible place, Auschwitz 2 (Birkenau) is even worse - a very, very bleak place. Perhaps that's unsurprising since the camp hasn't changed much since over a million people died here. Birkenau was an extermination camp - Jews were transported here like cattle and lived in dreadful conditions, before being annihilated. An utterly sobering place. 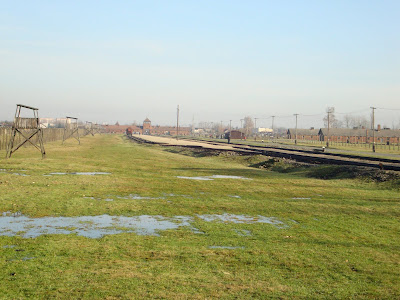 The railway track that dissects the camp, with the main entrance in the background. To the left, watchtowers. To the right, blocks where inmates 'lived'. 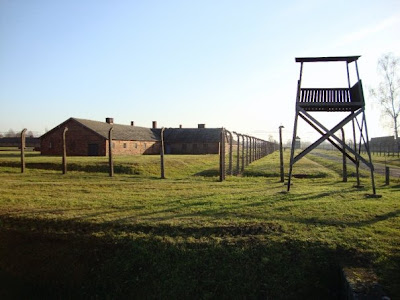 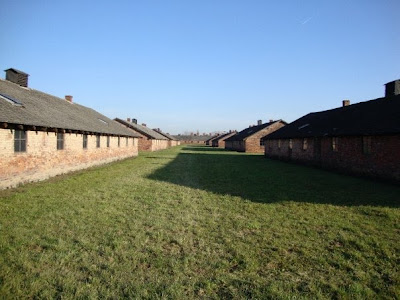 More 'residence' blocks. This is what it is/was like - row upon row of nondescript blocks, some housing up to a thousand people in horrific conditions. 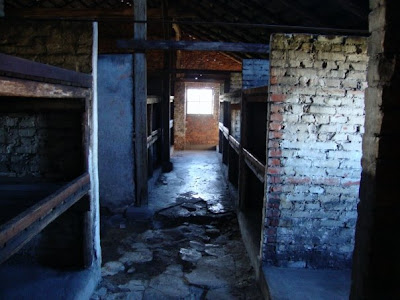 See what I mean? The interior of a block. Sometimes up to four people were crammed into a single bunk. There was no heating, no insulation. This is my own favourite from all the pictures I took of Auschwitz. And by favourite, I mean most affecting and harrowing. I think it sums up perfectly what those people went through. 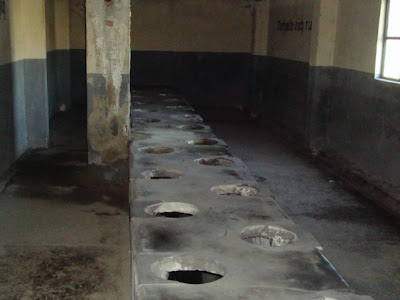 The toilet block. Privacy - forget it. The Nazi mentality was that the Jews were worse than animals, so deserved to be treated as such. Ironically, this was the only place in the camp where the inmates found a bit of freedom, because the guards refused to enter. Subsequently, it had a secondary role as a black market, and place where news was exchanged. It had the added benefit of being the warmest place that the inmates had access to - figure out why for yourselves... 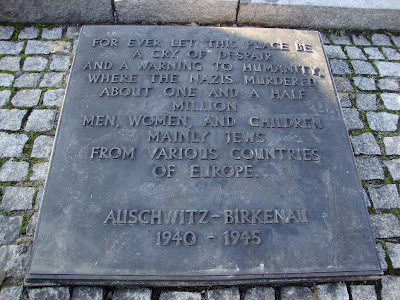 Amen to that. I just hope nothing like this ever happens ever again.
Posted by James at 21:55

Wow! Those pics do speak for themselves. How chilling.

Found your blog while do some speculative fiction googling. Looking forward to your review of Nation.

I'm a German and I strongly hope that people will never forget what the Nazis did during the Third Reich.
As Julia wrote those pics do speak for themselves.