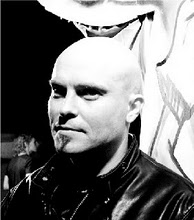 Adam Nevill’s novel APARTMENT 16 was published very successfully by Pan in May this year, reprinting three times and spending many weeks as Amazon.co.uk’s bestselling horror title, and THE RITUAL will follow in 2011. The two new books are, as yet, untitled. They will be published by Macmillan in 2012 and 2013.

Adam Nevill said: ‘Since my early contact with books, no other kind of fiction has captivated me, or transported me, in the same way as supernatural horror. Many years ago, the idea of contributing to this great field of the weird tale became a dream. To interpret my influences and to add something fresh, became my main purpose as a writer. The dream has been realised; the purpose continues. It’s genuinely a wondrous thing to receive another opportunity to create original works of disquiet, that will be given flight by the engines of a major publisher.’

Julie Crisp said: ‘Pan Macmillan has a tradition of publishing great British horror and so we’re thrilled to be working with Adam on his next two books. APARTMENT 16 and THE RITUAL were both terrifying and exciting adventures into the macabre and I can’t wait to see what nightmare scenarios he comes up with next to chill his readers."

Awesome on a stick. I really liked Apartment 16, and can't wait to read The Ritual. I'm delighted for Adam that he's signed a new deal, as he's a top guy and a very good writer.
Posted by James at 19:12

Great news. I really liked Banquet for the Damned and Apartment 16, and more well done horror's always something to celebrate.

This is great news! Adam's star is definitely on the rise - good thing I say!

Btw, you should probably check this out:
http://www.tobiasbuckell.com/2010/11/10/tread-carefuly/

Congratulations! Looking forward to reading it!