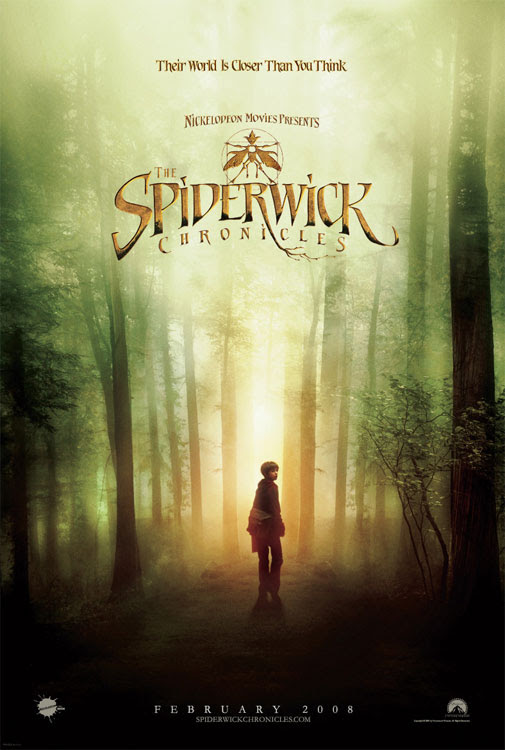 Ever since the success of Peter Jackson's Lord of the Rings trilogy, Hollywood movie bosses have been squealing for more fantastical movie scripts as well as scrabbling to option the movie rights to fantasy books they think will make them plenty of money. The Spiderwick Chronicles is the latest film to rumble off the production line.

Based on the children's books of the same name, The Spiderwick Chronicles follows the story of the three Grace children - Mallory (the sensible one), Jared (the rebellious one) and Simon (the boring one) - as they move into a spooky house (yes, that old chestnut again) with their mother. Jared finds an old book - a "fieldguide" to the fairy world by Arthur Spiderwick - and then before long the siblings find themselves up against the evil denizens of the fairy world, who want the book for themselves...so their leader, the evil ogre Mulgarath can destroy the world. Or something.
The bog-standard plot is fairly indicative of the entire film; other than the solid CGI (which, let's face it, is expected these days) everything about this film is just so mediocre. The plot, the characters, the script, it's all just kid's fantasy by-the-numbers. Evil villain, check. Half-arsed critters, check. Half-baked action sequences, check. Totally unexplained plot device that fails to paper over the cracks in the story, check. It's all just so mundane, which is rather ironic given the supposed fantastical element.
Some aspects, other than the CGI, are good - Hogsqueal the Hobgoblin and Thimbletack the brownie with anger management issues - add the odd moment of humour, and...that's about it.
Some aspects, as mentioned already, were not so good. The character of Simon is barely developed at all and he hardly serves any purpose, while the scene where the trio visit some token 'magic glade where time doesn't exist' is not even explained at all (in terms of where and what it is).
Perhaps I'm being a little harsh; The Spiderwick Chronicles is a kid's film after all. But then again that doesn't mean it can completely ignore character development and plotting in favour of CGI set-pieces.
Kids will probably enjoy it, as will perhaps fans of the books, but anyone else would probably do well to steer clear.

Sad. Sci-fi gets all the accolades. Fantasy gets all the luke-warm efforts. It really sounds like this film delivered on what the trailer promised (which wasn't much): Better off reading the book, as usual.