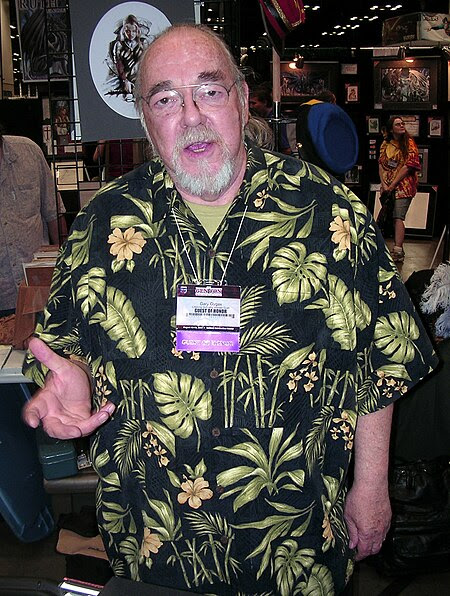 I'm slightly ashamed to admit that until the other day I didn't know who Gary Gygax was.

Turns out that he was co-creator of a little game called Dungeons and Dragons.

It was then I realised how much my life had been affected by this man who - until recently - I didn't know from Adam.

Without Gygax, probably no Dungeons and Dragons. Not the way we know it, anyway. For me personally, that would have meant no Fighting Fantasy gamebooks (which are basically D & D in book form). No Baldur's Gate or Icewind Dale. The whole fantasy scene would have been totally different.

Without this man's efforts, creativity and enthusiasm, I may never have embraced fantasy.

I suppose when you look it, I owe a hell of a lot to this guy.

So cheers, Gary, for the enjoyment you've given me and millions of others.

I've never "successfully" played D&D. I'm pretty bad at it. Nevertheless, I'm very thankful to Gary Gygax for his work with the genre. He's a legend in the biz.