Now that the dust has settled...what did the Gemmell award achieve? 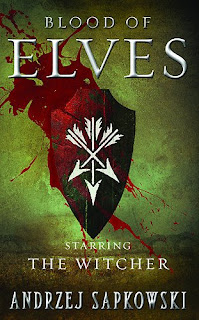 As most of you are probably aware by now, the first annual Gemmell 'Legend' Award was won by Polish fantasy author Andrzej Sapkowski for the English translation - released by Gollancz - of his novel Blood of Elves.
For all the criticism aimed at the award, one thing most of us agreed on was that it was great to have an award that celebrated the epic fantasy genre, which is too often neglected by other genre awards. Yet is this celebration of epic fantasy enough to change the perception of the genre held by Joe Public?
Not if The Guardian is anything to go by, where a rather patronising article denotes fantasy fans as "the people Red Dwarf fans sneer at for being nerdy. They are the zit-ridden little brothers of the SF geeks, whose even-less-healthy obsessions include trolls, giving Anglo-Saxon names to phallic weapons, and maidens with magical powers."
This, from someone who actually attended the Gemmell Award ceremony. Sure, while I suppose we should be grateful for the coverage and the fact that the article does have one or two positive things to say, it's still an overwhelming indication of the effect the first Gemmell Award had on public perception: not a lot. A shrug of the shoulders at best.
Now, it's early days - we mustn't forget that. Public perception isn't going to change overnight. But it is going to be interesting to see how much of an impact the Gemmell Award will have in this regard in future years.
What does it need to do to achieve wider recognition and respect from outside the genre - indeed, to change the way the genre is perceived? And is there anything us readers can do?
Well, perhaps we need to worry less about the aesthetics of the genre and instead think more about the books themselves - their content, their prose, and so on. This is a point that Mark Charan Newton makes in a recent blog entry - "So where is the wider analysis of the Gemmell Award books? Why hasn’t anyone cranked-open these bad boys (and girls - we are gender neutral here!) to open up a wider discussion on the merits of the books against each other, a real show-down to get people talking about what’s in the books, rather than talking about the people holding them?"
It's an interesting point - the mainstream always seems so concerned about the image of fantasy and the characteristics of fantasy readers, rather than actually bothering to delve beneath the covers of the books. Perhaps this is something we're guilty of ourselves at times. Maybe this is the key to changing how the genre is perceived.
The Gemmell Award could prove to be a real turning point in this particular battle, although it's far too early yet to expect any sort of result. Perhaps in years to come we'll see its true value.
Posted by James at 23:26

I've never heard of the Gemmell's. Is it a European thing?

The stereotype is truly a sad persona mainstream folk associate with us fantasy readers. I, for one, don't know too many people that read fantasy (or science fiction for that matter) who fit the stereotypes.

There is only one thing more hateful that comes out of Manchester than Sir Purple Nose's football team and that is the Guardian.

God, how I hate guardianistas...self-absorbed, self-loving, politically correct in every way, hobgoblins!!!

Oops, must have slipped into zit-ridden fantasy geek mode their. What a twat that hack is.

Ahem, excuse the rant. Just back from my hols and have returned to the drudgery of work.

Logan: No, the Gemmell Award is a brand-new British award that has caused plenty of debate over the past few months. Check out all my previous posts on the subject for more info!

Iain: Ah, I know how you feel - I felt similarly pissed off when I returned from holiday! I'm not really arsed about what the Guardian dude said - it's just the usual crap.