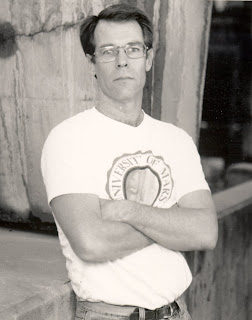 "Speaking as an outsider from California and as a science fiction writer I see these very brilliant writers doing excellent work who are never in the running at all, for no reason except their genre and who their publishers are – the so-called club members. It just needs to be said...

The Booker prize is so big, the way it shapes public consciousness of what is going on in British literature, but the avant garde, the leading edge, is being ignored or shut out of the process entirely."

The judges, Robinson argues, "judge in ignorance and give their awards to what usually turn out to be historical novels."

Interestingly, the response from the Booker judges is mixed. The Chair of this year's panel, James Naughtie, concedes Robinson's point but points the finger at the publishers: "There has always been a debate about whether the prize is sufficiently sensitive to all the forms of contemporary writing. He may well have a point. We judge books that are submitted. The fact is that the science fiction component this year was very, very thin. If it is the best contemporary fiction in this country then most publishers haven't yet tumbled to the fact."

However, another judge - John Mullan, Professor of English at University College in London - displayed the typical arrogance and disdain for the genre that we've come to expect from the literati - "When I was 18 it was a genre as accepted as other genres, but now it is in a special room in book shops, bought by a special kind of person who has special weird things they go to and meet each other."

It's all very well saying that the publishers are at fault for not submitting more SF novels for consideration, but why would they when the prevailing attitude of the Booker judges is probably well represented by Mullan's amusing ignorance? Simple fact is, SF is looked down on by the literati, and publishers submitting more of it to the Booker prize isn't going to make a shred of difference.

Quite right James. No point in submitting when you have an arrogant bunch of arses as the judges.

The same authors are nominated year in, year out. Waterstone's run a merciless campaign before and after the event to artificially inflate the sales and we wait another eleven months for it to begin all over again. Anne Enright, who won for The Gathering, sold a pitiful number of hardbacks before the dreary tome picked up the prize.

I'd suggest force reading SF and F to these people and then reading the most depth exploratory reviews ever written to begin and prompt a change in attitude that SF is not meant for 'special' people. The arrogance is inspiring some very vile remarks on my behalf.

Yeah, why bother submitting when we could bitch about not getting recognition instead. Maybe if publishers, you know, actually submitted SF books to the Booker panel SF would get more recognition. Or maybe it wouldn't, but at least then we could have a real reason to complain. That judge's comment was stupid, but you can't really blame the Booker panel for not choosing an SF title when no SF titles were submitted for their consideration.

Brian Aldiss was a Booker judge in 1981 for example and the list then was of the same kind as now, with another sff by Doris Lessing this time (Sirian Experiments) shortlisted

Never Let Me Go, Number9Dream Cloud Atlas all got shortlisted and there was big outcry when Never Let Me Go considered a big favorite lost and all of the above are sff, ok Cloud Atlas is 1/3 so since only 2 of the 6 interlinked stories are but still...

Life of Pi did win, Blind Assassin did win and these two have significant fantastic components too

Little Stranger is on the shortlist this year and is a ghost story...

Personally if I were to have an outcry about quality sff I would rather target the Hugos or the Nebulas, not the Booker which provides great books year after year...

If we're talking all Speculative Fiction, then let's not forget Salman Rushdie's Midnight's Children, which not only won the prize, but is considered the Booker of Bookers, the best novel to ever win the Booker.

Shocking response from Mullan. As if a Professor of English is likely to have more of a life than you or me?

I read a fair amount of sci-fi (Orson Scott Card, Arthur C Clarke, Asimov, Bova, Greg Bear), although not a lot as fantasy is my preferred genre. I've never, ever, been to a convention or dressed as an elf.

But if I had, so what? The Booker is about the writers and the writing, not the readers.

"That judge's comment was stupid, but you can't really blame the Booker panel for not choosing an SF title when no SF titles were submitted for their consideration."

That's a fair point, though I feel that this is just an excuse from the judges. The publishers could submit more SF, but it would all most likely still be ignored. This is probably why they don't bother in the first place.

Lets not worry about the booker prize lets worry about the way that Scifi and fantasy is judeged for the hugos etc.There is a snobism involved in scifi and fantasy that is stagering and if your not in the incrowd then you have no chance no matter how good you are as a writer.Prizes are for those who need them.Let the readers decide who is the best by the volume sold and we can all read reviews from a cross section online.I personally stay clear from books that have won awards because I know that its all hype nothing else.Pretentious bulls**t.Lets not be naive enough to think that book prizers and awards are for the best books.If your an individual wrtiter and have something unique then the last thing you would want is to be in a shortlist for a prize that is voted on by a select few.

Yup, my understanding is that some years ago the Bookers let it be informally known that submitting SF&F was a waste of time, and as a result a lot of publishers didn't bother.

Unfortunately, for this particular judge, he's just given the publishers the green light to nominate shedloads of SF again in the future. So let's see if that changes things.