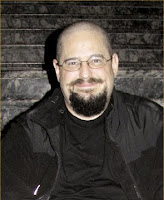 A rather interesting article on the problems with steampunk, from author Charles Stross.

The opening paragraphs are little more than a rather tetchy rant at the current popularity of steampunk - "the category is filling up with trashy, derivative junk and also with good authors who damn well ought to know better than to jump on a bandwagon" - but it's the argument that follows which is interesting.

"We know about the real world of the era steampunk is riffing off. And the picture is not good. If the past is another country, you really wouldn't want to emigrate there. Life was mostly unpleasant, brutish, and short; the legal status of women in the UK or US was lower than it is in Iran today: politics was by any modern standard horribly corrupt and dominated by authoritarian psychopaths and inbred hereditary aristocrats: it was a priest-ridden era that had barely climbed out of the age of witch-burning, and bigotry and discrimination were ever popular sports: for most of the population starvation was an ever-present threat. I could continue at length. It's the world that bequeathed us the adjective "Dickensian", that gave us a fully worked example of the evils of a libertarian minarchist state, and that provoked Marx to write his great consolatory fantasy epic, The Communist Manifesto. It's the world that gave birth to the horrors of the Modern, and to the mass movements that built pyramids of skulls to mark the triumph of the will. It was a vile, oppressive, poverty-stricken and debased world and we should shed no tears for its passing (or the passing of that which came next)."

Stross goes on to argue that steampunk's failure to acknowledge the darkness and horror of the historical era that it is 'riffing off' is a major failing of the subgenre, and questions how different steampunk would be if it more accurately reflected the actual time period:

"Forget wealthy aristocrats sipping tea in sophisticated London parlours; forget airship smugglers in the weird wild west. A revisionist mundane SF steampunk epic — mundane SF is the socialist realist movement within our tired post-revolutionary genre — would reflect the travails of the colonial peasants forced to labour under the guns of the white Europeans' Zeppelins, in a tropical paradise where severed human hands are currency and even suicide doesn't bring release from bondage. (Hey, this is steampunk — it needs zombies and zeppelins, right? Might as well pick Zombies for our single one impossible ingredient.) It would share the empty-stomached anguish of a young prostitute on the streets of a northern town during a recession, unwanted children (contraception is a crime) offloaded on a baby farm with a guaranteed 90% mortality rate through neglect. The casual boiled-beef brutality of the soldiers who take the King's shilling to break the heads of union members organizing for a 60 hour work week. The fading eyesight and mangled fingers of nine year olds forced to labour on steam-powered looms, weaving cloth for the rich. The empty-headed graces of debutantes raised from birth to be bargaining chips and breeding stock for their fathers' fortunes. In other words, it's the story of all the people who are having adventures — as long as you remember that an adventure is a tale of unpleasant events happening to people a long, long way from home."

This gives rise to a number of interesting questions. Does steampunk fail to effectively deal with the horrific detail of the historical period it is so influenced by? Is the subgenre effectively a romanticism of what was actually a brutal time in history? If so, how much does this truly matter? Is Stross's argument even valid - after all, we're talking about speculative fiction here, not historical fiction (in which an attention to historical detail is vital). To what extent does a genre book based loosely on a real-life historical period need to reflect the zeitgeist of that era? More importantly, perhaps, do readers even care?

Questions, questions. Too many for a Friday, but food for thought. I've not been nearly well enough exposed to this subgenre to be able to comment, but if any of you have any points you'd like to make, then please go right ahead.
Posted by James at 13:45

I read Charlies comments twice to make sure I had the gist and being a "fan" or the genre I can say I agree with much of what he has to say about it. I have been lucky to read books I find to be well written and all in all worth my money and time but as with cyberpunk in the early 90s I think the the coming wave of new titles in the genre may be just a case of jumping on the wave. I'm not discounting that they may well be good and I'll likely read them too. I just fear the diluting of the wide range of imagination I see now with stories littered with Zeppelins, brass, steam and goggles.
I also have been thinking I know little about the real Victorian era, us history courses focus on the civil war and the restoration and touch briefly on the Brittish Empire and it's colonies. I like alt history that attempts to get the history if close eve if changed.
Anyway I stand by Mr Stross in his commentary; I for one have hopes that writers will take the genre somewhere worth reading and not get typecast into a single subgenre of a subgenre.

Second artist syndrome? Try something closer to fourth or fifth.

Jules Verne and H.G Wells were writing "steampunk" back when it was just speculative fiction and what was to become sf; and riffing off sources which predate their own work. Authors in the first wave of what we might call steampunk (and for the record - I hate that marketing term with a passion) like Powers and others, picked up broken bits of this legacy but made most of their novels out of whole cloth - or at least as much as SFF ever is; the truth being that the combination of magic, horror, technology, myth, and gothic romance has never died out and never likely will.

Those in the current waves of steamspec - these fourth and latter generations, are now looking backwards as opposed to forwards and I think that might be some of the problem we see here - if one exists, which I'm not sure that it does.

Because, how much does it really matter?

There is always a tendency to fetishize the past, especially a period as turbulent as the 19th century; to pave over the social inequalities and focus on the bright shinny brass buttons and not the cholera and the workhouse stiffs. But you could say that equally about 99% of todays SFF. How many writers really tackle problems like international banking, deforestation, racism, global poverty, war, and continuing social and economic inequality? - damn few. Even those novels, nominally set in the present, use most of this as mere window dressing for their stories. And perhaps that's for the best. Only the most masterful of authors can enact real change with their written word - and most readers of the lesser aren't looking to be lectured.

In the steamheads defense, I can imagine a lot believe they are subverting tropes: with openly gay characters, spunky females and protagonists of colour. We don't tsk, tsk every last fantasy novel that fails to deliver a rousing denouncement of the feudal system of twelfth century Western Europe - nor do we focus obsessively on the consequences of the Renaissance's contribution to navigation and hence the colonization of vast swarths of the globe by white, Christian, gun-totting Europeans. Wars of Religion anyone? Perhaps the 19th century's many problems and injustices just feel more fresh, but I think that's a mistake. We haven't changed that much since the days of ancient Rome socially, not nearly as much anyway, as we'd like to think.

I suspect this is more just the scene hitting a saturation point - temporarily. Fantasy is slowly moving its timeline up towards the present. But the present is always a moving target, so there are always those who will be writing novels set in a previous period, seen through the fish-eyed lens of fetishizing antiquity.

First likely comes romanticism of the period, and only later does true grit and more in-depth deconstruction show up. It's taken a long time for example to do so in books still mired down in the plague ridden mud and mounted equestrian killers (i.e. knights) of the "Middle Ages." We may yet see darker, increased social realism in the steamspec novels yet to come if we give it time to mature. No need to throw rocks at the poor bastards yet or punch holes in their dirigibles.

I don't agree with Charles Stross at all. I don't need the fiction to be historically accurate. I'd read non-fiction for that. I just want a good story. We ARE talking about the SF/Fantasy shelf, no? Just because the author is riffing off of a particular era in history doesn't mean he/she needs to include everything about it in his/her story. Frankly I think Stross needs to chill out.

I've read almost no steampunk, but Stross's attack seems slightly misguided. The key thing is that they're just riffing from the period, not claiming to portray it accurately. Many people prefer the harsh realities of medieval life depicted in aSoIaF over the easier life shown in WoT, but the fact that one inherently implausible made up world is more realistic or more enjoyed by some people doesn't make the other inherently implausible made up world worse. Same with steampunk; it's fine to have realism, but historical minutia is up to the discretion of the author.

That being said, Stross's idea sounds like it could make a very good, though upsetting, book and probably one that I would read.

Woodge said it, steampunk is a subgenre of SF/F, which is often based on historical eras/events. It seems like a lot of quibble over very little. I also agree with Evil Hat about a steampunk book with a really dark tone being a (probable) great read. In the end I pretty much feel this way about it: http://www.youtube.com/watch?v=fWkxvIaKsFU

For me that kind of attack suggests an author running out of contracted books; various authors did it in the past trashing the flavor-of-sff du jour that put them out business; after all how dare Tor not to promote his books hard and promote those trashy steampunks; sour grapes, yuck

Bah. How many good works have been written in any number of genres that don't deal with the dark side of their settings? This ranks right up there with the this-or-that-isn't-scifi BS. I'm sick of it. It really turns me off of authors. I have a couple of Stross books on my Amazon wish list that I think I'll drop. Halting State and something else...