Sanderson sets the record straight on AMOL and the hideous artwork... 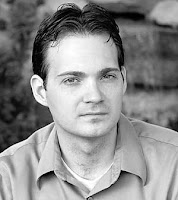 Brandon Sanderson has responded to the growing intarweb shit-storm with a statement regarding the truly crap-tastic artwork for the first volume of A Memory of Light.

Here it is in full:

"I've had some emails from Harriet and company and can give you some more solid facts here. First, an email Harriet said I could post:

Dear Brandon,
Whatever the "art" is that was posted on Dragonmount, I have not seen it, and from what I hear I would certainly not approve it.
Rest assured, no art will go on the cover until I have seen it and approved it.
Best, Harriet

This was before Harriet saw the link on Dragonmount itself, showing the thumbnail of the artwork. The fact that she hadn't yet seen cover art makes this all seem even more fishy to me. Looking closely, that posted art really lacks detail. After getting some internal emails from Tor, I'm really thinking that my conclusion last night was true. This is not the cover, but a rough mock-up done quickly by production to have something to show at meetings. It was never supposed to go outside of Tor, and is NOT the final cover, not even close to it. I'll bet this is just a sketch Mr. Sweet did showing potential cover ideas. It might not even be him doing the art--it's too small to tell.

Tor is planning a press release about AMoL talking about the title, the number of volumes, and that sort of thing. We won't see it until early next week, however, because of issues of timing with the major news sources. They moved it up from late in the week to early in the week, but that's the best they could do. Until then, don't panic. There is truth to some of the rumors, but there is also a lot of bad information going around."

Cue a collective sigh of relief from Jordan fans all over the interwebs (in response to Harriet's quote about the 'artwork'). I'm interested to see how Tor - if they publish in three volumes - are going to explain it away without looking like they're milking the last instalment for all it's worth.
Posted by James at 12:38

All this talk of a "Mr Sweet" just makes me think of a Neverwheresque bowler-hatted villain.

Brandon just responded again today with a novelesque post on his blog and while the three volume news about 'A Memory of Light' he says is true, he refrains from commenting at all on the horrible cover that was released. I'm with you, it's gotta go. Here's the link to his article:
http://www.brandonsanderson.com/article/56/Splitting-AMOL