One to watch: The Dog of the North 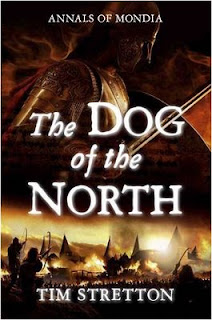 Here's the blurb for Tim Stretton's debut novel, forthcoming from Tor on 5 June 2009:

"Winter on the lawless plains of the Emmenrule. En route to her wedding in the fortified city of Croad, the beautiful Lady Isola is kidnapped. What is worse, her captor is the infamous Beauceron. But, ruthless as he may be, Beauceron is no ordinary brigand: it is his life's ambition to capture Croad itself – and he will stop at nothing to achieve it.

Mondia, though, is a continent of many stories, and in Croad, a young man named Arren has been taken under the wing of the city's ruler, Lord Thaume. Although of low birth, Arren is destined to become a knight of valour and renown. But as his fortunes rise, so those of his childhood friend Eilla fall.

Beauceron has returned with his human plunder to his home – the exquisite frozen city of Mettingloom. There, the imperious Isola finds herself reassessing her former loyalties as she struggles to adapt to her new life. Beauceron, meanwhile, is manoeuvring to raise an army. He is determined to defeat his enemies, both inside and outside Mettingloom – and to capture the city he loathes. 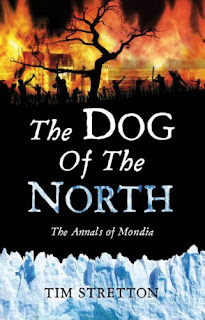 But what is the source of Beauceron’s obsession with Croad? Can Arren reconcile his youthful ambitions with his growing feelings for Eilla? And just who is the Dog of the North?

Tim Stretton’s debut novel is a spellbinding tale of loyalty and betrayal, homeland and exile, set in a brilliantly imagined world of political intrigue, sorcery, and warfare on an epic scale."

To be honest, the blurb doesn't really grab me - there's nothing about it that particularly stands out. Nevertheless, Tor UK have published some good debut novels in the past few years (Scar Night, Empire in Black and Gold, Nights of Villjamur) and have forged something of a reputation for publishing more innovative fantasy. The Dog of the North sounds more traditional (and dare I say, more commercial) than these earlier releases, but there's a solid foundation here for a decent tale.
Posted by James at 13:20