Thoughts on some films...

Thought I'd just give my opinion on some films that I've seen recently... 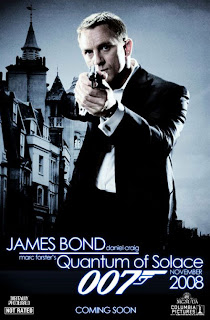 I thought Casino Royale was a real triumph - a successful reinvention of the franchise (or, some would say, a reversion to a more accurate depiction of the Bond from Fleming's novels - minus the misogyny). Daniel Craig made for an excellent Bond - cool and collected, hard as nails, yet compassionate as well. I liked the new focus on realism rather than on pithy one-liners and ridiculous gadgets (I don't care what anyone says, that 'invisible' car was the dumbest thing I've ever seen in a film).

I expected good things of Quantum of Solace, so was extremely disappointed to find that it didn't meet my expectations. Craig once again turned in an admirable performance as Bond, but the weak plot and lack of any real connection between Bond and Camille undermined the film for me. It just came across as a series of gunfights linked by tenuous plotting, and had me hankering for a gadget or two and a bit of the old banter again.

If you want to see how a spy action thriller should be done, check out the Jason Bourne films - they do everything the Bond films do, but much, much better. The third one in particular, The Bourne Ultimatum, is superb. 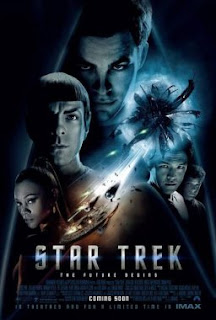 I've never been into Star Trek, so a new film aiming to re-introduce the franchise to the unconverted was a good opportunity to see whether I was missing out.

Overall this is a watchable film, but certain aspects let it down. I didn't like the huge gap in the timeline for a start - one minute our young heroes are joining up at Starfleet Academy, the next minute they're well into their third year. So three years disappears in a flash, and for some reason this bothered me. I would have quite liked to see the sort of stuff they got up to there, a bit like how in Starship Troopers we get to see how the recruits are put through their paces.

I thought Zachary Quinto was very good as Spock, though Chris Pine as Kirk didn't quite work - not sure whether this was Pine's fault or due to the script, but Kirk in this film is a walking caricature - a bland, cocky local-boy-come-good. There are hints of a deeper characterisation, but not enough. His difficult relationship with Spock is reasonably well handled though.

The film's plot is also a bit weak, a little underwhelming. I really liked the Romulans - their spaceship is extremely cool - but we don't really see or learn much about them. Still, it's far from a bad movie and if they make a follow-up then I expect I'll check it out. 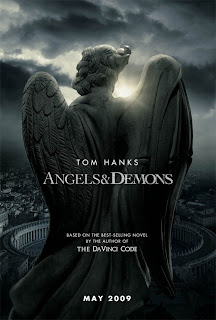 Probably the most positive thing you can say about Dan Brown's hugely popular, much-derided novel The Da Vinci Code is that at least it's better than the dull film version. Yet as bland as the film was, it unsurprisingly made a load of cash and so another film was inevitable.

Angels and Demons isn't much better. I've read the novel, and if you can ignore the total lack of characterisation and wooden prose, and suspend your belief enough, it's a reasonably enjoyable read. The film manages to replicate the non-existant characterisation (there's absolutely no connection of any sort between Langdon and Vittoria, nor any depth to them individually) but somehow manages to lose whatever it was that made the novel vaguely entertaining.

It's watchable bubble-gum fare, but nothing more than that. Still, at least they changed the ludicrous helicopter scene from the novel to something a little more believable.
Posted by James at 11:58

I'm neither a James Bond fan nor I like Dan Brown's books and the films based on them. I watched the Star Trek movie and I liked it. I've seen all the episodes on TV and all the movies. The new film is for a like Star Trek refreshed. I hope there will be more movies with the new crew.