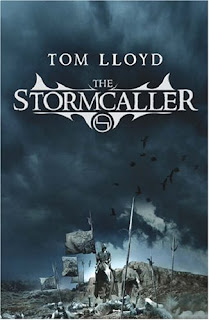 Very weird, because I've started to re-read it myself (3rd attempt) in the past month. Not actively trying or anything, just something on the nightstand to crack open a few minutes before falling asleep.

This time, after I got through the dreadful first chapter, I found the prose and whatnot growing on me. I said to myself, "this isn't so bad, definitely not as bad as I remember." Then I got to the section where Bahl gets Isak's "gifts" and they throw around more names and infodump than rationally acceptable.

Just feels like they really took a chance with this one, didn't edit it well enough, and it's just a slog to read.

I read the book last month. I liked it and it worked well for me. It is not my 2009 top read but I look forward to read the next one in the series.
I agree that it is one of these books which you either like or not. There is nothing between.
James, you are not the only one with different reading moods. I know this very well. Every book needs its mood. It doesn't matter how good a book is: If you read it in the wrong mood at the wrong time you will not finish it.

I also couldn't get through this one. I was surprised that the book garnered numerous positive reviews prior to its release... I suspect it might have been part of the initial marketing volley, but who's to say.

Agree with T.D. Newton in that the book could have used better editing. It could also have done with a touch of creative direction as nothing "new" really jumped out at me in the 200-odd pages that I read.

The story might right itself in the second half of the book, and in the subsequent volumes, but there are so many better reads out there that I don't suspect I'll be giving Lloyd another chance anytime soon.

I just bailed on this one as well. Writing was decent, info-dumps galore, but I think it was really all the head-skipping that just killed it for me. Gave it my customary 10% and then said, enough. Although, from people that have finished the book, I've heard really good things. So I'll probably give the author another go after he's written a few more books.